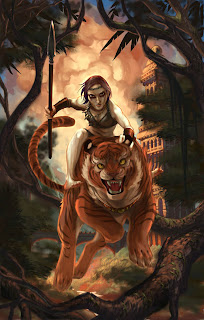 I deal with my day-to-day frustrations by imagining I'm a great-cat-riding jungle queen. What do you do?

Posted by Alison Blackwell at 5:58 AM 2 comments: 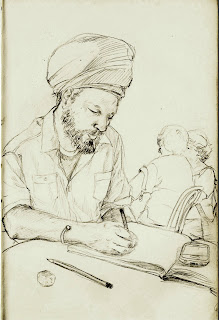 Got together with a friend today to make art! Nothing better than spending several hours making stuff with great company.
Posted by Alison Blackwell at 2:41 PM No comments: 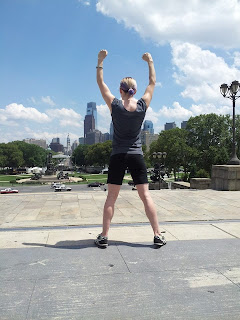 I missed ECDX last year because Audra and I went to San Diego Comic Con- Both events, though different in scale, are exhausting, high-energy affairs that put sport and industry heroes, respectively, side by side with their communities and fan bases. For those of you not in the derby, ECDX stands for East Coast Derby Extravaganza and is a tournament that also has expo bouts and pick up games called “challenge bouts”. This year is the seventh annual tournament, and the second open tryout for the US national roller derby team, which represents America at the Blood & Thunder World Cup.

I tried out for Team USA in 2011 partly because Audra shamed me into it (I was snarking on our league’s star player because she didn’t want to do it, and Audra was like, “Do it yourself, asshole!”) and partly because I needed something to challenge and inspire me. Last time I trained for three months both off-skates and on, and plowed through the tryout with reckless abandon, learning more in those four hours than I had in several years of derby training.

This time around, I registered again, because I was in a super derby rut and feeling crappy about myself and my level of play. I was hoping that maybe lightning would strike twice and I'd be shocked out of my comfort zone in a positive way. I roped a teammate into training with me, and we were put through our paces by one of my coaches at the MMA gym where I get my ass beat 3-5 days a week. It was awesome, and I felt much better prepared this time around. The anxiety was a lot worse, but on the day of tryouts, it melted away. Buster Cheatin, Team USA's head coach, addressed our group of hopefuls in a no-nonsense way, saying, "This isn't a clinic." I respect that, but there is a large faction of us that are hoping to come home better at derby than when we arrived. So even though the main theme is competition, we all walked away with more than we had before.


"But Rhoda!" one might ask, "You aren't even the best player on your home league! If you already know you're not on the same level as current rostered Team USA members, why would you try out?"

Believe me, I know my place. I'm not delusional. If I were, I wouldn't train at all. I'd do my minimums at practice and bitch about why I never get play time. Here are a few things that went into my thought process:

1. I have HUGE balls. Maybe a little bit of hubris, too. I have massive amounts of respect for the great derby players of the world, but I'm not afraid of them.

2. It's a very rare opportunity to be on the same track as the greats! Even if I were on the travel team, I'm unlikely to square off against players like Fisti Cuffs, Atomatrix, and Shenita Stretcher. And Snot Rocket Science, who is perfect in every way. I want to skate with these people and be tested by them. I want them to school me, and I want to try and beat them. I want to say that I was hit by V Diva and that I lived to tell the tale!

3. I learned so much last time and I'm a better derby player for it. This time around we were tested on skills that I had never practiced. It was gratifying to start off shaky and get it by the end of the drill. While I know that it hurt my assessment, learning on the fly in a high-pressure situation is sometimes the best way to make something stick. And now I have a lot to bring home and master!

4. It's fun! It's a fucking great time! I was sad to see a few girls that were really crushed that they didn't make the cut to get invited to scrimmage. I didn't make it either, but I felt like the experience was worthwhile. I left all I had on the track and had fun in the process. Sometimes (all the time) it's easy to forget that roller derby is supposed to be fun. Situations like these, where you meet new people and then beat the shit out of them, is what it's all about!

But not all of our weekend was about derby! Audra and I went to the Philadelphia Museum of Art and the Mutter Museum, had some cheesesteak, gawked at the line for the Liberty Bell and said "HELL NO", and once tryouts were over, had some margaritas and some Yuenglings (which we can't get in Rhode Island).

I also got to spend some time sitting and drawing. Yay, working out the drawing muscles! 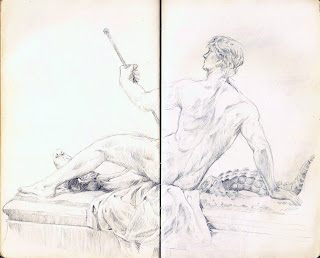 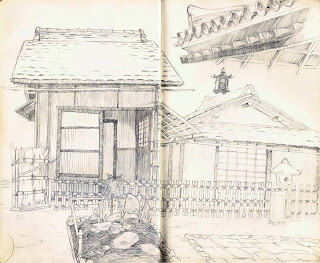 I also want to give HUGE props to Audra, who danced until 3am at one of the derby parties and then got up at the crack of dawn the next morning for the black & white open scrimmage! In general she's kind of a saint for dealing with me on trips- I'm like the dad with the khaki shorts and high socks yanking the kids out of bed on vacation; all, "Early bird gets the worm, kids! The museum's not going to explore itself!"
Posted by Alison Blackwell at 3:43 PM No comments: