Current events are a bummer 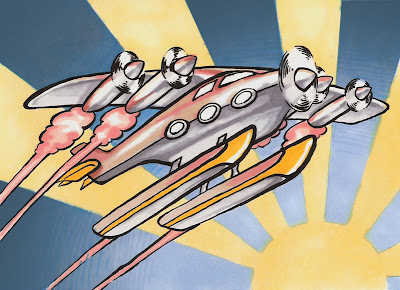 I'm bummed about Eight Belles. My mom and I were watching the Kentucky Derby together and I was all, "A filly? Holy cow! I'm rooting for the girl!" I got so excited when she came in second. It seemed like such a cruel joke that she should be injured and euthanized just seconds after the race ended.
On a different but no less somber subject, I wonder when the curfews and watches will let up in Central Falls and Pawtucket? Gang violence strikes me as especially sad because in most cases perpetrators and victims alike are just kids. Helder Tomar was just 19, and the other kid that died was 16.
I'm not at all a part of that world, and never have been. My high school, however, was full of kids that were, so we'd get the lectures about why not to join a gang- One of the reasons cited as to why kids do join gangs is fear. Gangs offer protection from, well, rival gangs, I guess. I think it actually has less to do with fear of "the other"- being in this case other gangs, other kids, the boogeyman, whatever- and more to do with the fear of a larger, intangible enemy. For many of these kids, especially kids from CF, the world is so pathetically and oppressively small, and the future simply doesn't exist. I feel like kids join gangs as a desperate attempt to inject meaning into their lives and feel as if they belong to something bigger than themselves. They fight for a cause, for their block, their school, their friends, for respect- against kids just like themselves.
You could say, "Work hard in school, get a scholarship, go to college," but it's easy to say when your school isn't a fucking wasteland of budget cuts, anger, and stillborn idealism. There is no easy solution. I can't say that my theory is right, even. I'm just ranting because it blows and I'm angry.
Oh, yeah, and I made a card. : )
Posted by Alison Blackwell at 1:57 PM

Haha. I like your Santa card. It's pretty hilarious.