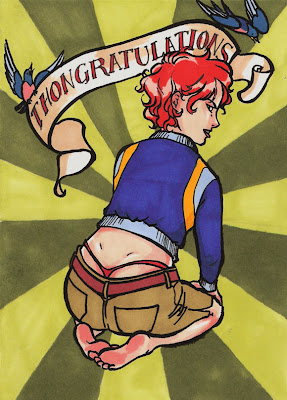 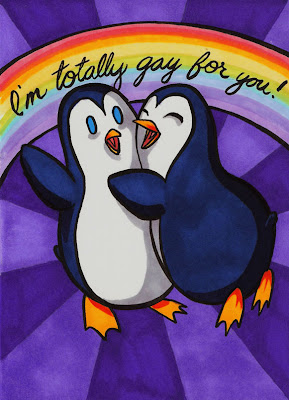 Posted by Alison Blackwell at 12:51 PM

Hey! You should make an "I'm so straight for you" card. Or maybe I should.

Good call! What is a traditionally straight animal? I'd say bunnies because they're notorious breeders, but the truth is they just like sex. My bunnies were both male but they totally humped more than they hopped.

I think a traditionally straight animal is whatever animal you want to draw. You start the tradition! People will assume you have a reason for picking camels, or tamarins, or tiny mouses.

Hey, what about flowers? Flowers are straight.

Whatever! They're straight in that they don't have a choice who they try to mate with.